Attend a Concert at the Arizona State Fair 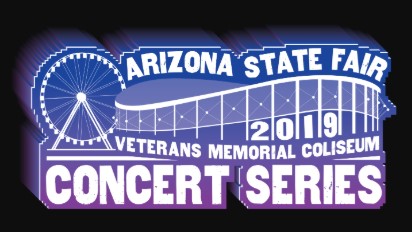 Coming to Phoenix October 4 — October 27, 2019, the Arizona State Fair has something for everyone. Whether you come for the contests, livestock shows, virtual gaming, food, or carnival, there is definitely plenty to do.  One of the biggest draws at the fair is, of course, the concerts held at Veterans Memorial Coliseum, and today the Liv Northgate Blog is highlighting some of the talent that will be appearing. According to the website, “The annual Coliseum Concert Series brings world-famous performers inside Veterans Memorial Coliseum to take the stage, welcoming their fans to a venue unlike any other in the state.”

(with Descriptions from the Concert Page from the Link Above)

“Arizona Lottery Concert Series presents two-time Grammy-nominated singer-songwriter, Lee Brice. Brice is known for his top hits, “I Drive Your Truck” and “Love Like Crazy”, and was inducted into Pandora’s Billionaire Club after reaching more than 2 billion streams!”

“Part of the Arizona Lottery Concert Series, we welcome Grammy-nominated country singer Trace Adkins. Trace continues to entice fans all over the globe and has produced many top hits including ‘Honky Tonk Badonkadonk’, ‘Arlington’, and ‘Ladies Love Country Boys’.”

“American Rock band Awolnation was formed in 2010, and crafted one of the most influential songs in years with the chart-topping, record-breaking track “Sail.” It sold over 6 million copies in the US, was certified 6x platinum in the US and holds the record for the most weeks on the Billboard Hot 100 chart by an independent artist, the second longest for any artist.  Awolnation continues to bring together Electronic Rock and Alternative Rock genres for fans all over the world.”

Is your favorite entertainer/band going to be at the state fair? We hope many members of our apartment community have the opportunity to head over from Gilbert to enjoy the fair!